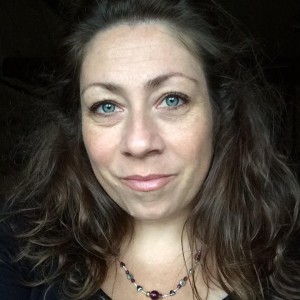 This story has no more significance for self-realisation to occur in your being than any other story. This is just how it was here, and the story has contributed to this awakening no more or less than the story of your life has for you. Yet, somehow, you probably feel that you’d like to know it, and so here it is.

I grew up in an ordinary working class family in the UK, the youngest of three children by far, with a sister 15 years older and a brother 13 years older. The family environment was very safe and loving; with such older siblings there was really four loving ‘parents’. I always felt very free; with no worries and very little identification with thought or to a physical being until my early teens.

I came across the idea of self-realisation in my second year at University, when I was introduced me to The Society for the Study of Normal Psychology (The Study Society) in London.

The Study Society gave this love affair with Truth its first ‘home’ and framework. It provided a new, safe, loving, like-minded ‘family’ that provided access to the Advaita Vedanta teachings of Shantanand Saraswati, Shankaracharya of Jyotir Math in Northern India.

Through The Study Society I met a lady who was to become a dear, life-long friend, Meriel Gold (Hoare), and experienced her wonderful drawing classes ‘Drawn Home’, within which we would explore the nature of creativity, and where I participated as a life model and student for several years.

Through my friendship with Meriel, I was introduced to western non-duality teachers, such as Tony Parsons, and her son, Rupert Spira, then a potter now a non-duality teacher, whose ceramic apprentice I became in 1996. Moving to Shropshire to work with Rupert, I was introduced to the beautiful teachings of Francis Lucille, who would come to lead retreats at Rupert’s home.

For the following 10 years I deeply explored the reality of every experience, though always from a separate perspective. I went to Satsangs and retreats with several non-duality teachers; all wonderful, all helpful and all bought a new light to this way of seeing, and I loved meeting them, listening to their particular insights and dipping into their books. I had a real sense that coming across these Beings always happened at exactly the right moment. That life was ‘meant’ and was ‘looking after me’, though it was always a personal ‘me’.

I would not say that I have had an intimate relationship with any particular teacher though. For me, the exploration of every experience was an opportunity for the quest for reality, which has been a most intimate and utterly relentless happening. Teachers, meetings, satsangs, retreats, books, Facebook, You Tube – all wonderful, all helpful in providing insights, pointing to our contractions as well as our reality – though I have always felt that they are but a part of life, and that life in ALL its glory is our true teacher; every thought, every emotion, every relationship, every event, every perception, everything.

I grieved deeply for over a year, fully embracing and radically experiencing the resulting profound shock, internal turmoil and deep sense of loss. I entered the Dark Night of the Soul openly and fully. There was a depth to the experience. A deep dwelling right at the root of the root of being, while the tornado of experience was going on ‘overhead’. With this came a sense of safety that would enable me to go ever deeper into being, to an extent which, at times, felt like almost a point of no return. This surrender enabled the fullness of the grief to bloom without any dramatisation of what was being experienced in any way. I knew it was somehow safe and that it was for a greater good.

Home alone one afternoon, as I lay in the bath, exhausted, withdrawn deeply into myself and in tears, there was a timeless moment where I became aware that absolutely nothing of ‘Jeannie’ was being held on to, that there was no resistance to what is, even if ‘what is’ was death; I was totally open to dying. In that instant I received what I can only describe as a literal invitation to ‘Die as Jeannie’, and, because there was no fear – I had already experienced what I most feared – and no holding on to being ‘Jeannie’, a spontaneous, unreserved, authentic and complete following of this invitation with all of my being happened. I felt an internal mechanism go off in the body, a kind of ‘checking’ for any sense of holding back; there was none.

What instantly followed was utter Silence. I seemed to have slipped into an infinite and vitally alive void of pure potentiality. The complete absence of any personal Jeannie or world. It was prior to any thing, prior to the entire manifest world of form – there was no thinking mind, no body, no emotion, no personality, no sensations, no objects of any kind, no world and yet it was vitally alive; it was infinite aliveness. A vital stasis, and I was there. Nothing that I thought I was was there, nothing I knew was there, there were no objects or attributes whatsoever, yet it was me and there was the knowing that this ‘Vital Aliveness’ was the source and substance of all ‘things’; that this is what I ultimately am, that it is utterly Universal, and that what I ultimately am manifests as the entirety of life itself.

When I came out of this happening, it was as if an atomic bomb had gone off in my brain. The mind had absolutely nowhere to run, nothing to cling to, no answers or explanations.  It kept going to comment on what had happened, but it kept hitting its limit like going headlong into a brick wall. Nothing that it could say about the happening, about what I am, about the world of form could be believed. The happening itself was not even an experience that the thinking mind could claim for itself, because it was not present. What had happened was not an experience; there was no experiencer.

The event collapsed the false identification with the separate self; with thoughts, memory, belief, feelings, emotions, sensations and the body to be the totality of what I am. Instantaneously resolving the grief. It was as if it was an event of cosmic proportions, like the atom bomb had gone off in the basement of the ego construction, leaving a crumbling house with no foundations. Boom. It was the end and the beginning in one.

The following years have been an ongoing process of fearlessly looking down the barrel of the awakened gun; relentless self-honesty, inquiry, acknowledgement, acceptance, surrender, deepening, integration, and an unforced and unreserved, open acceptance of whatever the present moment brings.

There have been moments of utter transcendence and illumination, energetic shifts and direct seeing as old patterns of thought, belief and behaviour have come into the full light of consciousness to be seen, to be loved into wholeness as me and to dissolve. Contracted energies have released, only to reveal other perhaps less acute contractions. There is a sacred marriage with the naked reality of existence here, now, and an overarching Unity with all experience, an openness and willingness to see, to feel, to be intimate, has given birth to a tender loving acceptance and understanding, compassion, for all that is revealed.

I realise that what led up to the revelation of the Source that day in the bath, was the preceding year I dwelt in my deepest sense of myself. I wasn’t special or chosen. It was dwelling there, at the reflection of the Source, combined with the set of circumstances that I miraculously found myself within, that facilitated a total letting go of the person in that moment, and, inevitably, the Self to returned to it’s Source.

The mind, that until that moment of collapse in the bath had been the King on the throne of the story of the Jeannie character, has became, over the years, the servant and lover of Truth, of this eternal and infinite, vital and abundant eternity that I Am and that is all that is perceived.